Discoverer and Founder of Christian Science 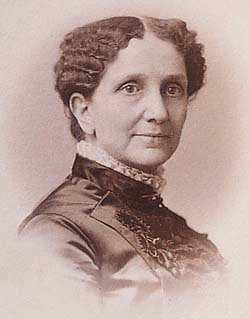 Who was Mary Baker Eddy? This remarkable woman has been described as a healer, an author, a publisher, religious leader and a reformer.

She is the Discoverer and Founder of Christian Science, established a worldwide church, the author of Science and Health with Key to the Scriptures, an invaluable textbook on prayer and spiritual healing, and publisher of an international newspaper, The Christian Science Monitor

There has been a renewed interest in Mary Baker Eddy and all that she has contributed and accomplished through her life’s work. She was recently honored in the National Women’s Hall of Fame.

A traveling exhibit on her life has toured cities in the U.S., and a new biography of her life, Mary Baker Eddy by Dr. Gillian Gill, was recently published, adding to the numerous biographies already available.

Mary Baker Eddy authored seven inspirational poems which are included in the Christian Science Hymnal. You may read these poems, and listen to music from her hymns on this site.

From her childhood Mary Baker Eddy was interested in spiritual healing. As a child, she accomplished a number of healings through her trust in God.

Divine love always has met and always will meet every human need.

She did a wonderful, an extraordinary work in the world and there is no doubt that she was a powerful influence for good.

To those leaning on the sustaining infinite, to-day is big with blessings.

At the time, the people around her never dreamed she would eventually write a book that would heal millions of people through the reinstatement of the healing method used by the master Christian, Christ Jesus. Nor could they have imagined that she would found a church with branches around the globe, establish several magazines, and launch an international newspaper."Yet that's exactly what she did, and at a time when women were generally expected to be followers, not leaders."

Mary Baker Eddy's main work was Science and Health with Key to the Scriptures. Read it on-line.

"To those leaning on the sustaining infinite, to-day is big with blessings. "